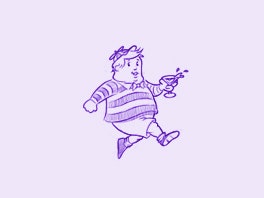 1. VERITY SUSMAN - TO MAKE YOU AFRAID

Electrelane's charismatic, cross-dressing frontwoman Verity Susman returns with this 6-minute, looping & hypnotic number. Any preconceptions that she might not be able to shake the Electrelane tag are convincingly quashed. Her madcap show at Electowerkz last week included Star Trek visuals, saxophone felatio and Siri voice sampling. Verity's still got it.

Matt Mondanile's "solo" project Ducktails have just released their fourth album "The Flower Lane", his first to be recorded with the assistance of a full band. The title track has the most simplistic, yet effective chorus you'll hear all year and the whole album in general surpasses any work Mondanile has done with Real Estate.

Much of the same here from Jose Gonzalez's band Junip, but that ain't no bad thing. I love Junip. They're probably the most relaxing band to listen to, ever. The combination of an incdredible percusision section, Jose's soothing vocal and an ochestral crescendo makes for an epic first single, to be taken from their self-titled album, released in April 2013.

Whilst we impatiently wait for Hampshire-born songstress Marika to release her mini-album at the end of February, here is a spooky cover of The Knife's "Marble House". She also does a pretty wild cover of NIrvana's "Lithium". She plays in London at the Sebright Arms on 6th March.

Eaux released their 'i' EP back in November on Morning Ritual Recordings and this track has been on rotation ever since. Probably due to that insanely catchy synth-beep and Sian Ahern's haunting vocal. Mesmerising.

Montreal duo Blue Hawaii came to our attention due to female singer Raphaelle Standell-Preston's other (flipping excellent) band - BRAIDS. This dreamy track is taken from their album 'Untogether', that Raphaelle and bandmate Alexander Cowan recorded sporadically and sometimes separately over the course of 2012.

The Big Surf, aka Michael Partouche (ex-Rodeo Massacre) , is a French-heavy-metal-guitar-playing-electronic lunatic. This is just one example of his myriad Justice-esque musical crusades.

What a way to begin the year, a new track from the all-round experimental, electronic genius of Trevor Powers. A track that feels more complete than any of debut album "The Year of Hibernation". He releases his sophomore effort "Wondrous Bughouse" on March 5th via Fat Possum.

Bournemouth based DIY troupe YOOFS consist of twin brothers MJ and Richard Dent. With a sound not too dissimilar to Wavves and many bands in the surf rock genre, we're intrigued to see how their sound develops in 2013.

Hot Feet are definitely the nicest band you'll ever meet. Not only that, but their beautifully crafted folk music and the astonishing vocals of singer Marianne will totally blow you way. Their latest EP "Wood House" was written in a small cabin in Sweden and recorded in the Scottish Highlands with Laura Marling's guitarist Pete Roe on production duties.